Posted on: November 2nd, 2009 by motoringlawyers No Comments
A recent court case – Gidden v Chief Constable of Humberside, has effectively changed the law in relation to notice of intended prosecutions.

The law is that for most motoring offences, including speeding, the motorist should be warned that he or she is going to be prosecuted. This warning, called a notice of intended prosecution must arrive within 14 days of the offence. 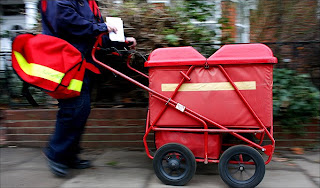 Until last week provided that the notice was sent in time for it to NORMALLY arrive within 14 days that was enough. So if the police post a notice on 8th June in relation to a speeding offence that happened on 1st June then that would count as good notice, even if it arrived on 16th June.

The recent case, which arose out of the last round of postal strikes has now changed the law. If the motorist can show that the notice arrived after the 14 day period then the police are out of time and cannot prosecute the driver for speeding.

The Judge, Lord Justice Elias said “This case raises an issue of some topicality given the current postal strike and is of no mere small interest,”

“I appreciate that this construction of the legislation may create problems for the police and prosecuting authorities, particularly when the postal service is on strike with the inevitable delays in delivery.

“The authorities must then adopt other means of warning, if they are to avoid the risk of late delivery.”

No doubt specialist motoring solicitors will receive many calls relating to this. The advice is that you will need to return the Notice of intended prosecution saying you were the driver but that it was received out of time. You will then need to be able to convince the court at a later date that it arrived late.

This may make a huge difference to the way the police deal with Notice of intended prosecutions. Only last week I had a case where someone had been asked to tell the police who was driving. the problem was that the first Notice of intended prosecution did not arrive so she was sent a reminder and was then asked to remember who was driving some 6 weeks earlier. A simple recorded delivery would have prevented this problem.

Will the police now be forced to use recorded delivery?