Archive for the ‘Penalty Points’ Category

West Mercia Police Get it Wrong in Fail to Disclose Drivers Details Case.

Had a very interesting case in court this week.

My client, a man of good character with no speeding convictions in the last 25 years, was sent a Notice of Intended Prosecution for speeding.

At the time, he wasn’t sure who was driving so asked for a photograph. The photo, as normal, did not help.

My client returned the Notice of Intended Prosecution, correctly filling in the part that was headed “I WAS THE DRIVER OF THE VEHICLE AT THE TIME OF THE ALLEGED OFFENCE AND I WISH TO ACCEPT THE CONDITIONAL OFFER” (their capitals not mine) and signed it. He also sent his licence and a cheque for £60 to pay the fixed penalty.

He then added a covering letter stating words to the effect of  ‘I have little choice but to accept the fine even though I may not have been driving. I feel I am being punished for failing to provide the driver’s details rather than speeding.’

He then went on to enquire whether they would allow him to take the speed awareness course instead.

The police returned it effectively saying it was an equivocal plea and prosecuted him for failing to provide the driver’s details, which carries 6 points as opposed to the 3 for speeding.

We pleaded not guilty. Our defence was that the signed S172 was definitive proof that he was the driver and the letter accompanying it carried no weight.

Hatton V CC of Devon and Cornwall was similar to our case. Here the driver returned the form correctly filled in and signed with a note stating that it was not to be used in criminal proceedings. The court stated – “It seems to me quite clear that the statement of the claimant in his reply to the Chief Constable gave the necessary information, stating that he was indeed the driver at the material time. It is true that he purported to include in it an indication that it could not be used for any purpose. I am afraid that that indication was not worth the paper it was written on.”

They referred to s12 of the RTOA –

(a) it is proved to the satisfaction of the court, on oath or in manner prescribed by rules … that a requirement under section 172(2) of the Road Traffic Act 1988 to give information as to the identity of the driver of a particular vehicle on the particular occasion to which the information relates has been served on the accused by post, and

(b) a statement in writing is produced to the court purporting to be signed by the accused that the accused was the driver of that vehicle on that occasion,

the court may accept that statement as evidence that the accused was the driver of that vehicle on that occasion.”

I addressed the court and explained that my client had confirmed on oath that his intention was that he would accept the fixed penalty but hoped we would be offered the speed awareness course. If the police had simply cashed the cheque and put points on his licence then he would not have complained.

I further added that if  he was taken to court for the speeding rather than being given a fixed penalty (for example, if he had been so far over the limit that a fixed penalty was not appropriate) he would not be able to argue that he was not the driver. If he tried, the CPS would jump up and wave this document and say “you admitted you were the driver, this is a legal document signed by you confirming you were driving”

The court accepted our defence and found him not guilty. He was never prosecuted for speeding, his cheque was returned uncashed and his licence remains clean.

They do say a bird in the hand is worth 2 in the bush?

How to avoid penalty points on your licence, even if you are guilty

Posted on: July 22nd, 2009 by motoringlawyers No Comments

I have had my licence for less than 2 years and have been charged with no insurance, what can I do to avoid having my licence revoked? 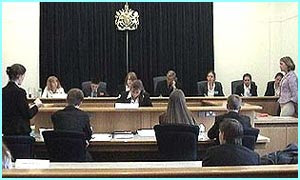 This is one of the most common questions I get asked as a Motoring Solicitor – how can I avoid points on my licence if I am guilty?

Driving without insurance carries a minimum of 6 points so a new driver with less than 2 years experience will have their licence revoked if convicted.

There are no real defences to driving without insurance, unless you are driving your employers vehicle. Generally if you have no insurance you are guilty. The fact that you thought you had insurance is not a defence.

So how do we get around this? Whilst it’s true you will almost certainly have to plead guilty there is a way to avoid penalty points. It doesn’t apply in all situations but if it does it can make a huge difference to someones situation.
Even though you have pleaded guilty you can argue that there are special reasons not to impose penalty points.

Special reasons are not easy to win but with careful preparation they can avoid points on your licence. Special reasons have to relate to the offence, not the person. So the fact that you only drove a short distance may be a special reason, the fact that you will lose your job will never be special reasons. What might amount to special reasons? The list is never closed and can apply to any offence where penalty points or a disqualification are obligatory. I recently successfully argued that a client should not have points on her licence because although she did not have any insurance she had been misled into thinking she did have insurance. The court accepted this because she had been misled, if she had merely made an oversight and thought she had insurance that would not have been enough.

Other special reasons might be that you had driven a very short distance, that you drove because of an emergency or that your drinks had been spiked.

If you are successful in arguing that there are special reasons not to put penalty points on your licence then the court will simply mark your case as guilty but no points and normally impose no fine and no costs.

The list is never closed so if you think you may have a good reason to avoid penalty points on your licence contact a specialist motoring solicitor.

Casengo is customer support software, crm, webcare and live chat software for webshops, e-commerce websites, and small businesses. Casengo supports email, livechat, social media, faq, self service and online chat. Check the Casengo Customer Support and Live Chat FAQ page for answers to frequently asked questions, and how to get Casengo customer support software, live-chat, and helpdesk software going. The blog for anyone interested in customer support, customer service, live chat, social CRM, WhatsApp, small business tips and Casengo product updates.
We use cookies to ensure that we give you the best experience on our website. If you continue to use this site we will assume that you are happy with it.Ok